Parkview in Fort Pierce: A Family of Faith
"Doing Life Together"
for over 95 Years! 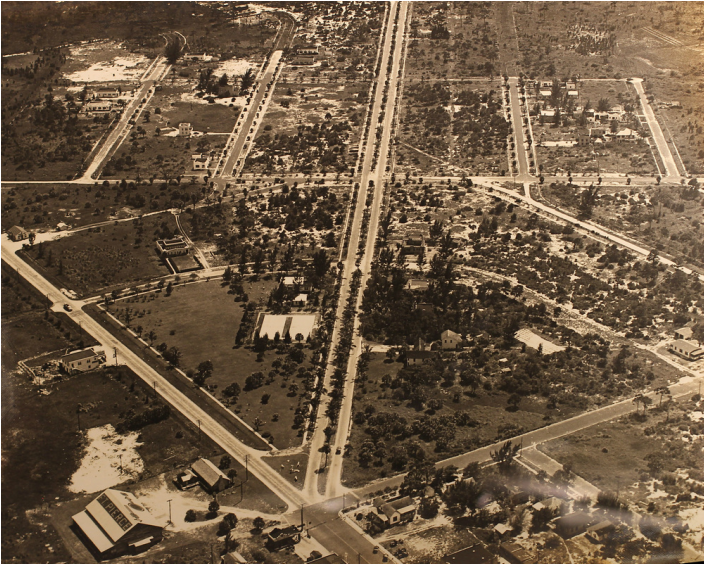 An aerial view of Pinewood Park from 1937 shows the surrounding neighborhood in Fort Pierce. The intersection in the foreground is U.S.1 (left) Sunrise Blvd., (center) and Georgia Ave (right). Built in 1926, the original sanctuary for Parkview is shown facing the park in the top left area of the photo. The current sanctuary stands in the same location.